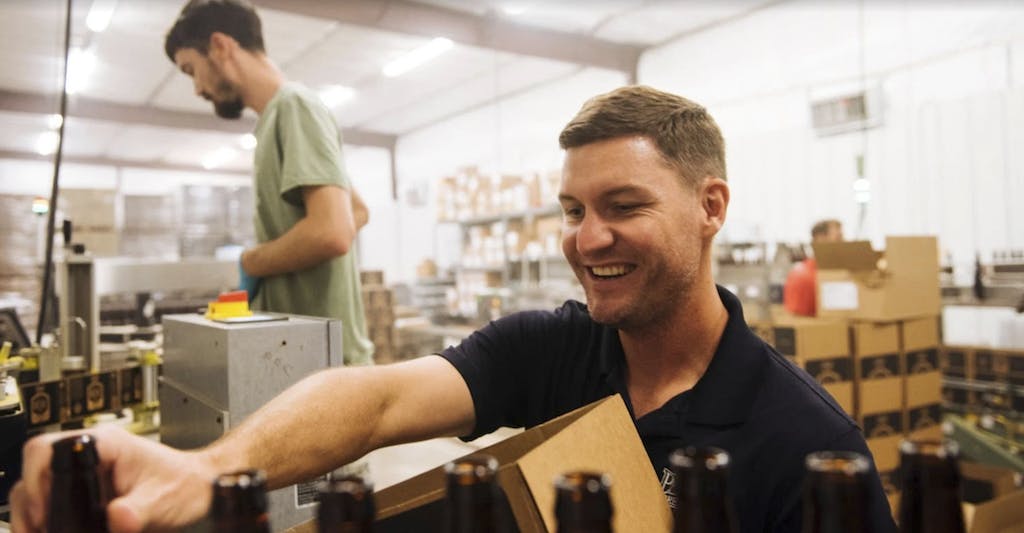 By finding the “white space” in the brewing industry—that is the styles, trends, and flavors that still need to be explored, Parish Brewing Co. is working to stay competitive and give customers a reason to get continually excited about its beer.

One of the first things Andrew Godley, the founder of Parish Brewing Co. in Broussard, Louisiana, will tell you is that no one who works at his brewery has any previous brewing experience. It’s not that he hasn’t found applicants with practical brewing experience in the past, but he’s found that hiring people with other backgrounds has helped his brewery grow, think differently, and make the kind of impact on the marketplace that has helped it stand out.

“In general, I like folks with fresh ideas, [folks] who innovate, [folks] who aggressively push boundaries,” he says. “We don’t have the mindset here of ‘Oh, that’s the way something should be done’; we never say ‘this can’t be done’ or ‘this is what the text books says.’ We make our own mistakes. That’s how innovation happens. No boundaries. No mental barriers about how things are supposed to be. And folks who come from other breweries already have the perspective on how it’s been done at another place and that just doesn’t work.”

He walks that walk. He was working as an engineer in Pittsburgh more than a decade ago when he realized that he just didn’t like working for “The Man.” And on a trip back home to rural Louisiana, he realized that there was a complete lack of a beer scene (save for Abita Brewing Company, which had become synonymous with craft in the state). In Pittsburgh, he had been introduced to a robust beer culture, including many small breweries that were cranking out ales and lagers that captured the excitement and innovation at the time.

Godley decided to bring that enthusiasm home and jumped in with two feet. He bought an all-grain nano system and started homebrewing and quickly opened his own spot with the equipment while continuing to work as an engineer (he had to fund the brewery somehow). “Looking back on it, it was really stupid,” he says with a laugh. “I get calls from aspiring brewers all the time—just got one from Australia—and they ask about launching with a nano. And I say, ‘Don’t do it. Save your money. If your beer is good, making it on a nano is a waste of time if you want to be professional.’ It’s how I got started with 55-gallon drums, plastic tanks, putting money in from each paycheck and making twenty kegs per week.”